THIS IS SLC: OUR COLLEGE NEWS

Do you have an event or story to share?

Our People
Nursing Professors Publish Findings in Academic Journal
|
Categories: Our People
SLC Nursing professors Karin Zekveld and Dr. Renee Berquist have had their research published as the featured article for July in the AORN Journal, an academic journal dedicated to perioperative nursing. Their article, "Perioperative Nurse Recruitment: An OR Placement Program for Fourth-Year Nursing Students in Ontario,"  discusses SLC’s placement program for undergraduate students with local hospitals to enhance training in operating room procedures, and its success in SLC grads being hired.
New Rainbow Walkways at SLC Celebrate Pride Year-round
|
Categories: Our People
In celebration of Pride month and as a year-round visible symbol of Pride and Belonging, student and employee volunteers painted rainbow walkways on each SLC campus in June.
Our Programs
Artisan Chocolate Training for SLC Professor
|
Categories: Our Programs
SLC Chef Professor Ryan Brown recently spent three days of intensive learning with Toronto artisan chocolate maker, ChocoSol, which will hopefully be the start of a new culinary partnership at the College.
Our Students
The Impact of Donations and Support for SLC Students in 2021-2022
|
Categories: Our Students
The impact of donations on our students’ lives is immeasurable. Every year Alumni and Development reports on the donations and support received in the College’s Annual Report and highlights the impacts the generosity of SLC employees, retirees, alumni, and friends, as well as community organizations and industry, have on SLC students through philanthropy.
Host ESL Students for Dinner
|
Categories: Our Students
SLC has a long-standing partnership with Nagoya University of Foreign Studies in Japan. This summer, between August 8 and 26, 2022, a group of 30 Nagoya students will visit Kingston for a short-term ESL program. The program is designed to be experiential and immersive so students can explore Canadian culture. This is also a great opportunity for you to interact with our students and engage in intercultural learning, not to mention to show our guest true Canadian hospitality.
Our Communities 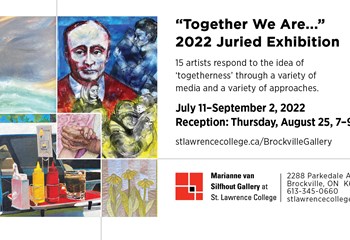