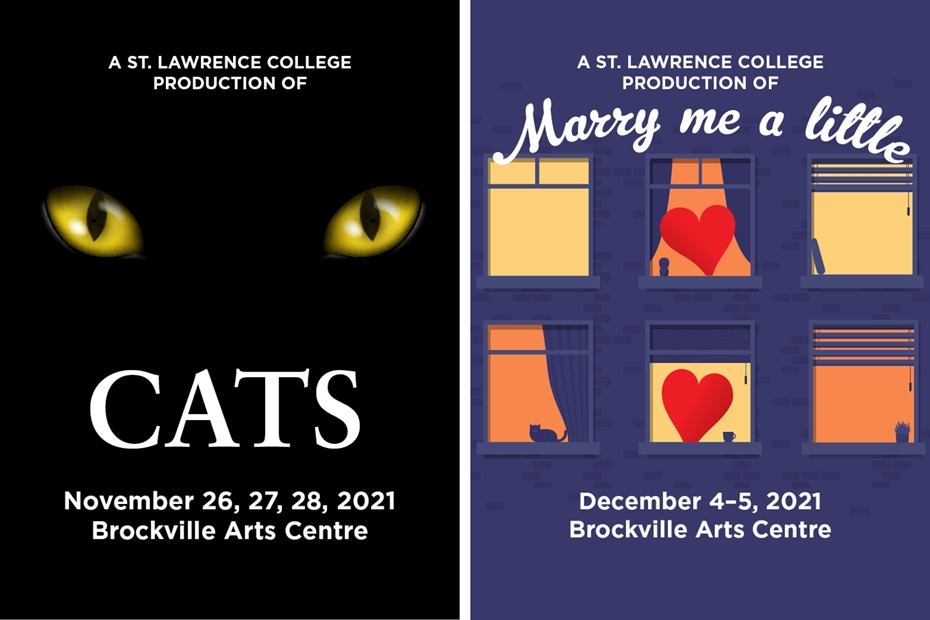 Based on T.S. Eliot’s whimsical collection of poems, “Old Possum’s Book of Practical Cats,” Andrew Lloyd Webber’s popular musical brings together a tribe of Jellicle Cats on a moonlit evening, who must make the “Jellicle choice” to decide which of them will ascend to the mysterious Heaviside Layer to be reborn. Featuring such celebrated standards as the haunting “Memory,” Cats was an international phenomenon and its original production is still the fourth-longest-running show on Broadway that was revived in summer 2016. A magical, moving, and often hilarious glimpse into the lives of others, Cats takes Eliot’s lyrical poetry and puts it into the mouths of a diverse company of singing, dancing felines. (Synopsis Source)

Marry Me A Little

A charming and bittersweet musical revue that features songs by Stephen Sondheim, the undisputed master of the contemporary Broadway musical. Two single strangers, left alone in their studio apartments on a Saturday night, pass their time with sweetly secret, unshared fantasies, never knowing that they're just a floor away from each other and the end of their lonely dreams. Together, they breathe new theatrical life and meaning into a collection of trunk songs that were culled from the final productions of Anyone Can Whistle, Follies, Company, A Funny Thing Happened on the Way to the Forum, and A Little Night Music. A must for Sondheim aficionados. It's a smart, funny, sophisticated, and moving evening, and a fascinating look at “the songs that got away.” (Synopsis Source)

Marry Me A Little is presented through special arrangement with Music Theatre International (MTI). All authorized performance materials are also supplied by MTI. www.MTIshows.com