Anne McConnell-Strong Experience Ireland Fund the first of its kind 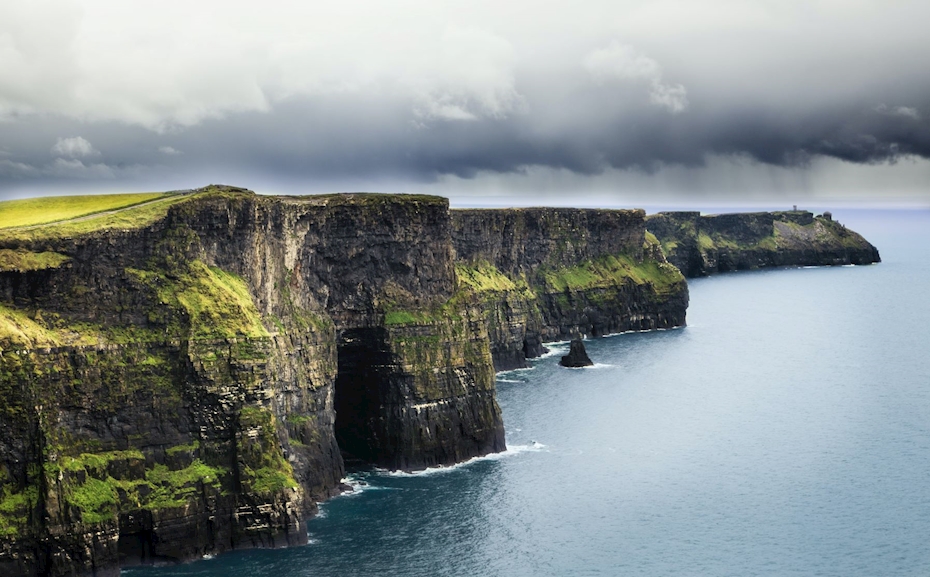 St. Lawrence College (SLC) students participating in the newly announced collaborative program agreement in Hospitality with Galway-Mayo Institute of Technology next year will be carrying on the legacy of a Kingston woman who dedicated her life to the promotion and preservation of traditional Irish culture in Canada.

The Anne McConnell-Strong Experience Ireland Fund was created in Anne’s memory by her husband, Elmer Strong, and will encourage and support SLC students who choose to study a portion of their program in Anne’s homeland.

The fund will support a variety of initiatives – including student bursaries and the creation of a pre-departure program to prepare Ireland-bound students to fully appreciate the country they will call home during their studies. The fund will also be utilized to welcome the program’s Irish students to Kingston and Canada.

“St. Lawrence College has seen a growing number of students participate in our many articulation agreements with the Irish institutes, but the Anne McConnell-Strong Experience Ireland Fund is the first of its kind in not only helping us to prepare students to learn in Ireland, but to also make the opportunity possible to students who may not have been able to participate,” said Glenn Vollebregt, President and CEO of St. Lawrence College. “We’re extremely grateful to Anne’s husband, Elmer Strong, for his support of our students and his desire to create a legacy which will reflect Anne’s commitment to cross-cultural education.”

Since 2011, SLC and the Institutes of Technology in Ireland have created numerous articulation opportunities for diploma and advanced diploma graduates to complete Bachelor’s degrees in Ireland in a short duration. The Anne McConnell-Strong Experience Ireland Fund is an innovative new way for SLC’s hospitality students to study abroad and will provide an invaluable learning experience.

Born in County Galway, Ireland, Anne trained as a nurse in England, and eventually settled in Canada in the 1960s. She quickly became a treasured part of the Irish community in North America, and owned two Irish pubs, Finnegan's and Muldoon's, as part of the Frontenac Hotel. In 1978, Anne founded the local chapter of Comhaltas Ceoltóirí Éireann and was elected chairperson of the Eastern Comhaltas Regional Board in 1988, and spent nearly four decades ceaselessly promoting the development and preservation of Irish traditional music, dance and culture in Canada and the United States. Anne passed away in October 2016.