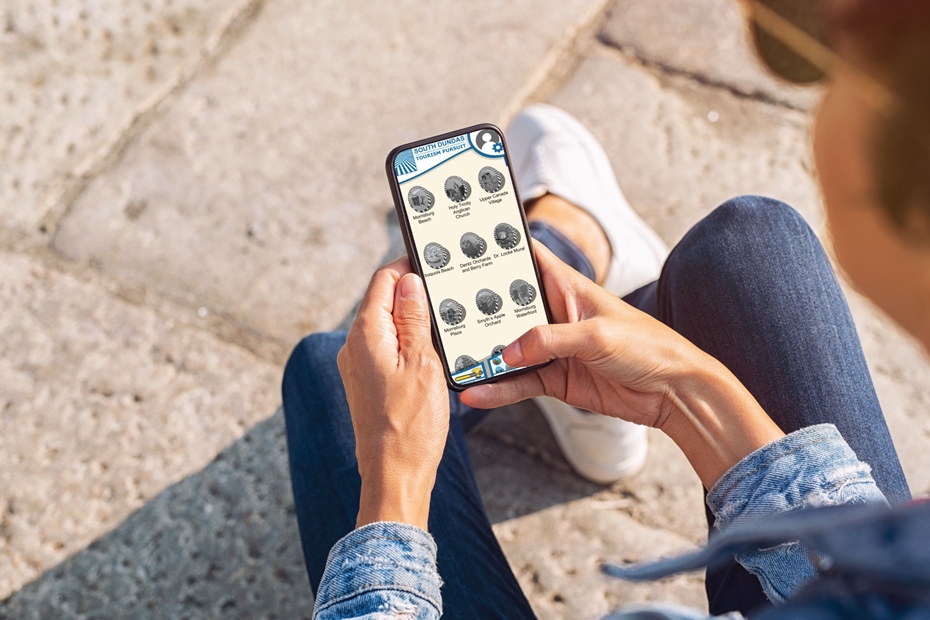 After its launch last June, the South Dundas Tourism Pursuit app, created in partnership with SLC’s Game Programming students and the Municipality of South Dundas, has to date been downloaded 758 times, according to James Dupuis, professor in the Game Programming program.

The app engaged users in games to collect badges, while also learning about the local sites they were visiting. Last summer 19 area tourist sites participated on the app, and according to Rob Hunter, South Dundas Economic Development Officer, and the plan is to add six more locations for a total of 25 for the next tourist season.

“We’re looking forward to another great year with the app that was developed in partnership with St. Lawrence College,” Rob said. “The Municipality of South Dundas was very pleased with the positive reception it received from both users and the participating locations.”

A selfie photo contest run by the Municipality of South Dundas this past October that centred around using the Tourism Pursuit App received 115 photos entered. “We were so pleased by that success, and the photos are posted on our Tourism Facebook page,” Rob added.

“The South Dundas Tourism app has been a fun way to discover what our community has to offer. Not only for visitors but for all of us who live here!” said Donnie Bowes, Artistic Director of the Upper Canada Playhouse. “It was great to see folks finding the Playhouse Tourism App Sign at our location and then looking at our sign to see what's coming onstage next at our theatre.”

Norene Hyatt-Gervais, co-owner of StoneCrop Acres Winery, saw many visitors planning their trips on the app, downloading information about the venues. “We handed out rack cards and displayed the sign at our entrance with the QR code to both download the app as well as to capture the badge for visiting our winery. We often interacted with people using the cards to look at the available badges and plan their next stop on that day or to plan a next visit to the area. Even locals, upon viewing the rack cards and the badges would often say that they were not aware of some of the locations featured in the game.”